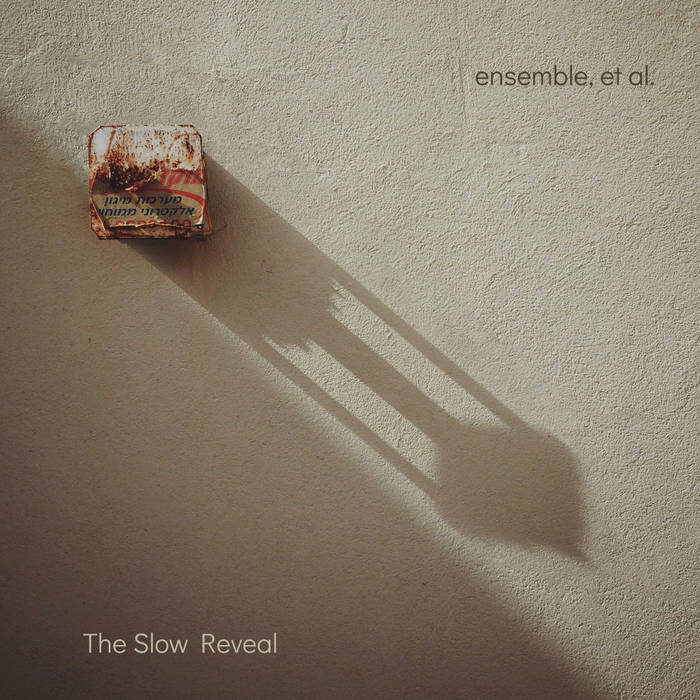 c_c_chaos I'm not sure if this is post-rock or modern classical, but it might just be the best percussion album I know of.

Sven B. Schreiber The first thing that came to my mind while listening to this album was, "Oh, it's a bit like Tortoise" - so I'm not quite surprised to read now on the band's web site that it's actually produced and engineered by John McEntire, who is a long-time member of "Tortoise". The trademark sound of this band is created by heavy use of tuned percussion instruments, like vibraphone and marimba. The music is clearly at home in post-rock, but with much more complex "mathy" rhythms than usual in this genre. Moreover, this album features a more prominent rock drum sound than the previous ones, which is much to my liking. Favorite track: Old Anew.

Within the months after releasing their second full-length album 'present point passed' in 2014, ensemble, et al. was invited by contemporary music stalwarts Sō Percussion to perform as part of their Brooklyn Bound series—a salon format where artists are encouraged to showcase experimental work. Building on the creative momentum from their previous record, the band posted up in the rehearsal studio and got to work collaborating on a whole new batch of music that would comprise the forthcoming record: 'The Slow Reveal'. Since premiering these songs in spring of 2015, they've gone through a number of iterations having been rearranged, rewritten, deconstructed, reconstructed, reevaluated, performed for audiences, discarded, demo’d, and reimagined many times over. In process, in pallet, and in finished sound, these new songs have signaled for the band a step away from their beginnings as an experimental chamber ensemble and toward something more resembling rock music without guitars.

When the time came to record the album, one producer/engineer stood out as the ideal artist who would understand the group’s approach and elevate their work better than any other. In April 2016, they ventured to Minbal and Soma studios in Chicago to record with drummer, producer, and engineer John McEntire—best known as a member of Tortoise and The Sea & Cake, and for his work with Stereolab, Gastr del Sol, Bell Orchestre, Jaga Jazzist, and Yo La Tengo among many others. With the help of John producing and mixing the record, 'The Slow Reveal' is ensemble, et al.’s strongest and most cohesive musical output to date.

"The resonant, tonal palette of chimes, bells, and percussive ringing instruments effectively drum across the tight wire between post-punk textures, airport spaces, and the endless grass fields of the mind."